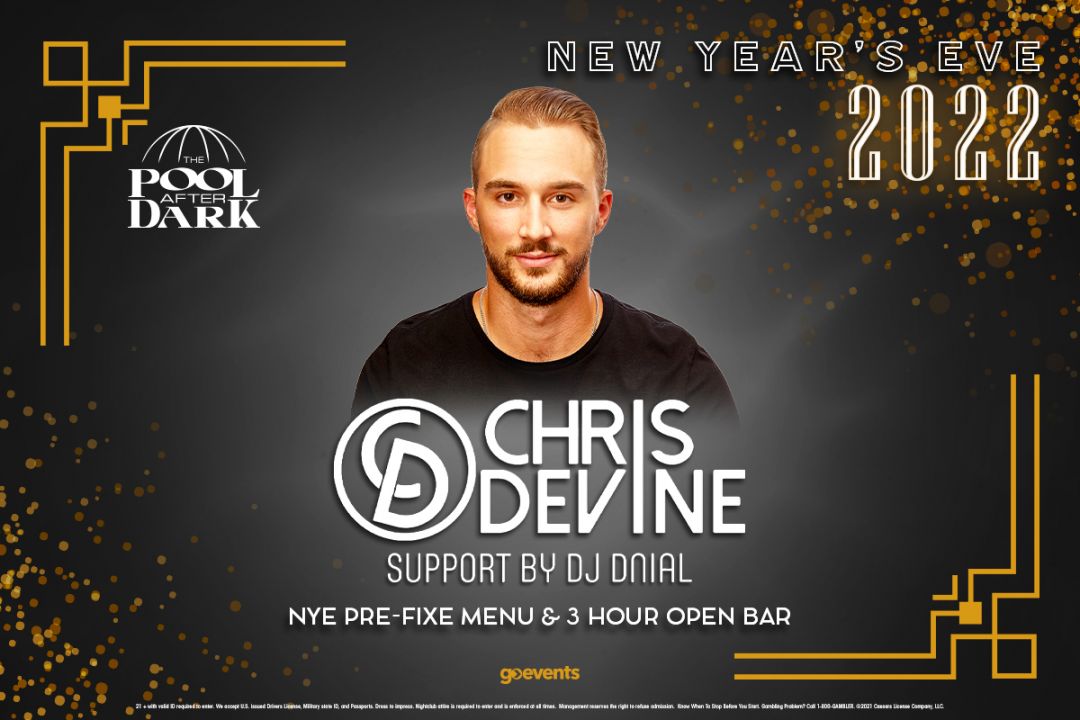 Pre Fixe Vibe Dining from 8pm to 10pm.  There is an 3 Hour Open Bar from 8pm to 11pm. Then we open with General Admission to the public starting at 11pm and the party continues until 3am.

click here for pricing and availabilityRing in The New Year with

Doors open at 8PM for the following ticket holders:

The VIP possibilities are endless if you want to be the envy of the crowd. Reserve a table, poolside daybed, cabana or large-party bungalow and let our bottle service babes provide first-class service with personalized bottle presentations. And if you’re feeling extra daring, ask about our secluded hot tubs.

Caesars welcomes those that are of legal casino gambling age to our website. Know When to Stop Before You Start®. Have A Gambling Problem? Call 1-800-522-4700.
© 2015 Caesars License Company, LLC. All Rights Reserved. The use of this website is governed by Nevada law.